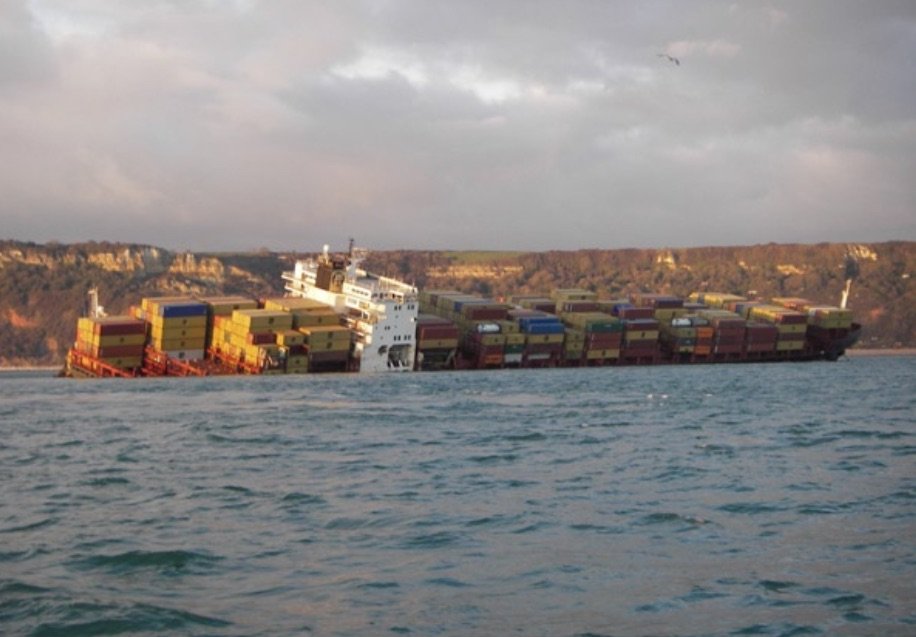 The 274-meter Hyundai Fortune was rocked by a powerful explosion while heading west in the Gulf of Aden on March 21, 2006. Dozens of containers were blown overboard in the blast, creating a debris field that was estimated to be five miles around the vessel. The resulting fire burned for several days.

All 27 crew members abandoned ship and were picked up by a destroyer with the Royal Netherlands Navy, with only 1 receiving non-life threatening injuries. 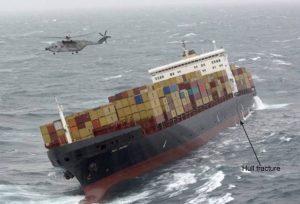 The vessel was eventually towed to Salalah, Oman where it was determined that approximately 1,000 of the 3,000 containers had been damaged in the fire. The exact cause of the initial explosion was never determined.

The vessel was later repaired and returned to service. She was scrapped in 2018.

In January 2007, the 275-meter MSC Napoli developed a crack and flooding after experiencing heavy weather in the English Channel during a voyage from Belgium to Portugal. 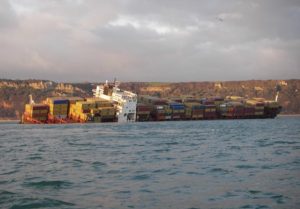 The vessel was eventually taken under tow, but officials feared that the ship could break up and sink so she was intentionally beached in Lyme Bay off the coast of Branscombe. 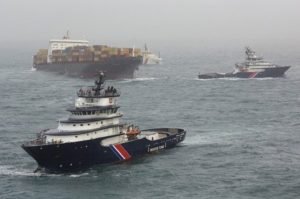 After removing fuel and cargo, salvage crews refloated the Napoli on July 9, but it was quickly determined that she was in too poor of state to tow and they opted to re-beach the vessel 3 days later. Salvors instead used explosives to break the wreck into three sections, which were later removed individually.

It has been said that from start to finish, the salvage of the MSC Napoli took a whopping 924 days to complete. 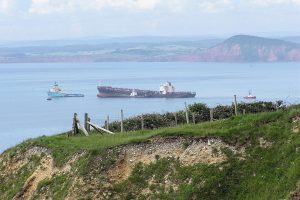 Early on October 5, 2011, the 224-meter containership Rena struck the Astrolabe Reef in New Zealand’s Bay of Plenty at a speed of about 17 knots as it sailed towards Tauranga.