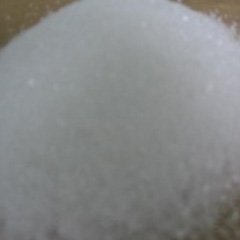 Ephedrine; not to be confused with ephedrone) is a sympathomimetic amine commonly used as a stimulant, appetite suppressant, concentration aid, decongestant, and to treat hypotension associated with anaesthesia. Ephedrine (or EPH) is an alkaloid found in plants of the genus Ephedra. It can also be found in other plants like wolfsbane or the Euopean yew.

Ephedrine is similar in molecular structure to the well-known drugs phenylpropanolamine and methamphetamine, as well as to the important neurotransmitter epinephrine (adrenalin). Chemically, it is an alkaloid with a phenethylamine skeleton found in various plants in the genus Ephedra (family Ephedraceae). It works mainly by increasing the activity of norepinephrine (noradrenalin) on adrenergic receptors It is most usually marketed as the hydrochloride or sulfate salt.

The herb má huáng, used in Traditional Chinese Medicine (TCM), contains ephedrine and pseudoephedrine as its principal active constituents. The same may be true of other herbal products containing extracts from other Ephedra species.

Ephedrine is a sympathomimetic amine. The principal mechanism of its action relies on its indirect stimulation of the adrenergic receptor system, which is part of the sympathetic nervous system (SNS), by increasing the activity of noradrenaline at the post-synaptic α- and β-receptors. The presence of direct interactions with α-receptors is unlikely, but still controversial. L-Ephedrine, and particularly its stereoisomer norpseudoephedrine (which is also present in Catha edulis) has indirect sympathomimetic effects and due to its ability to cross the blood brain barrier, it is a CNS stimulant similar to amphetamines but less pronounced, as it releases noradrenaline and dopamine in the substantia nigra.

Ephedrine may be quantitated in blood, plasma or urine to monitor possible abuse by athletes, confirm a diagnosis of poisoning or assist in a medicolegal death investigation. Many commercial immunoassay screening tests directed at the amphetamines cross-react appreciably with ephedrine, but chromatographic techniques can easily distinguish ephedrine from other phenethylamine derivatives. Blood or plasma ephedrine concentrations are typically in the 20-200 µg/L range in persons taking the drug therapeutically, 300-3000 µg/L in abusers or poisoned patients and 3–20 mg/L in cases of acute fatal overdosage. The current WADA limit for ephedrine in an athlete’s urine is 10 µg/L.

Ephedrine is sometimes used for doping, usually together with caffeine and salicylic acid.

White to colourless granules, pieces of crystals; unctuous to touch, hygroscopic, gradually decomposes on exposure to light. Is highly hygroscopic and should be kept cool and free from moisture. Soluble in water, alcohol, ether, chloroform and oils.