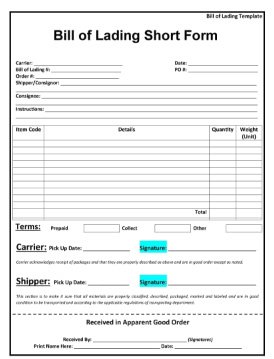 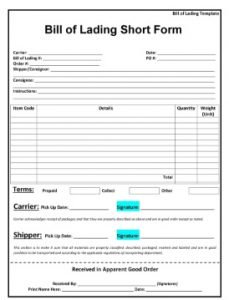 1. Applicability.
Notwithstanding the heading “Combined Transport”, the provisions set out and referred to in this
Bill of Lading shall also apply, if the transport as described in this Bill of Lading is performed by one mode of
transport only.
2. Definitions.
“Carrier” means the party on whose behalf this Bill of Lading has been signed. ”Actual
Carrier” is the party that performs the contract. “Merchant” includes the Shipper, the Receiver, the Consignor,
and the Consignee, the holder of this Bill of Lading and the owner of the goods.
“Holder” means any person in lawful possession of this Bill of Lading and to whom the property in the goods has
passed by consigning the goods or endorsement of this Bill of Lading. “Goods” means the cargo received from the
Shipper and includes a container not supplied by the carrier. “Container” includes a Container, trailer, transportable
tank, flat rack, pallet or any other form of cargo carrying unit whatsoever. “Carriage” means the whole of the
operations and the services undertaken by the carrier in respect of the goods. “Combined Transport” is
when the place of acceptance and/or the place of delivery are set out on page one in the relevant margins.
The contract evidenced by this Bill of Lading is between the Merchant and the Owner of the vessel named on page
one (or substitute). It is expressly agreed that the registered owner shall be liable for any and all damage or loss due
to or any breach of contract or non-performance of an obligation arising from the contract of carriage whether
relating to the vessels seaworthiness or not. The address and style of the registered owners is available from
Lloyd’s Register or the agents issuing this document. If, notwithstanding the above mentioned, it is adjudged
that any other party is the Carrier and/or bailee under this contract, all limitations and exonerations from liability
provided for by law or by this Bill of Lading shall be available to this other party.
To be continued